Shiyu Gu comes from China and is the first candidate of our international trainee programme. We talked to her about why she applied for this programme, together with the general impressions that she has gained from working at various sites of Klasmann-Deilmann.

What were your reasons for applying to take part in the Klasmann-Deilmann trainee programme?

Today people want to eat food that is safe and healthy food. We are increasingly concerned about what we eat. The effect that pollution is having on agriculture is making it increasingly difficult now to satisfy this demand. China is a huge agricultural country that is facing serious environmental problems. A series of food scandals are forcing the producers to have a change of heart. This also includes the use of growing media. More and more food producers in China are changing over from traditional field cultivation to growing crops in pots with substrates, because substrates offer a solution to this problem. I think that there is great potential for substrates in China. Klasmann-Deilmann leads the world market in this branch, so that this was the first company I turned to.

How did the application process go? Do you have any tips for other applicants?

I heard about the trainee programme during the Career Day at Wageningen University. I submitted an application straightaway and received a reply very quickly. First I had a Skype interview with the Head of Human Resources, and then a face-to-face interview with Norbert Siebels, who was Managing Director of the Klasmann-Deilmann Group at the time. My advice is: I think the most important thing is for applicants to be absolutely sure what they really want, which branch, which job and so on.

What is the structure of your trainee programme like ‑ which sites have you come to know and what have been your impressions up to now?

After this period in China, I came to Germany. At company headquarters in Geeste, I learnt a great deal from the technical consultants working in Advisory Services & Quality Management. The German team is so experienced, and also willing to share their know-how with new workers.

For the third part of my programme, I went to Klasmann-Deilmann Benelux in the Netherlands. I had already studied at a university in the Netherlands so it was a bit like coming home. In Schiedam the company has a production factory and a strong sales team. The Dutch are very successful in their branch. The team at Klasmann-Deilmann Benelux is highly innovative, always willing to try things out and open for something new.

Klasmann-Deilmann Šilutė in Lithuania is one of the pure production sites in the Group. While I was there, a lot of orders had come in from Asia so that the staff in the extraction areas and in production were very busy. But the working atmosphere is very relaxed. It is quite obvious that the Lithuanian colleagues love working for Klasmann-Deilmann.

Why did you opt for a career in the horticultural industry?

I grew up in a family that just loves gardening. When I was at secondary school, my parents had the chance to cultivate their own garden. We had vegetables, bedding plants and fruit trees. I love gardening, which is why I decided to study agriculture.

While studying for my Bachelor’s degree, I had plenty of opportunities to attend international exhibitions and lectures. I was very impressed by agricultural developments abroad. My professor suggested that I apply to do a Master’s degree at Wageningen University, which is one of the best universities for agriculture. This would give me an opportunity to follow what is happening outside China. Fortunately, I was accepted by Wageningen University, so that I have lived in the Netherlands for two years. This was my first experience of living abroad.

What were your cultural impressions from staying in different countries?

I noticed two things in particular. I was very surprised to realise that notions about the size of a city differ greatly between China and Europe. I come from a small city called Huzhou near Shanghai. About four million people live in Huzhou, which is more than in Berlin. On the other hand, Lingen, Schiedam and Šilutė are also small cities, but their populations are just a few thousand people.

The way people do their lunch break is also different. In Šilutė, Schiedam and Geeste, colleagues usually bring their lunch with them ‑ and Geeste now also has a canteen. The team in Shanghai uses an app to order food that is delivered to the office – that’s very practical.

What did you think of the IPM in Essen?

I had already been to the IPM as a student. But this time I was there as a member of staff at Klasmann-Deilmann. Lots of visitors came to our stand. There were also colleagues representing the various subsidiaries in the Klasmann-Deilmann Group. Although I’d already been to the trade fair before, I enjoy it every time because you always find something new and it is a good opportunity to observe emerging trends in the horticulture branch.

How do you see your future?

Would you recommend our international trainee programme to other young people?

The programme is a great chance to see and learn a lot. You meet super colleagues who are always willing to help and to share their knowledge and experience. So don’t be afraid to go abroad and enjoy the programme!

Click here to read the interview with trainee Michael Hwang. 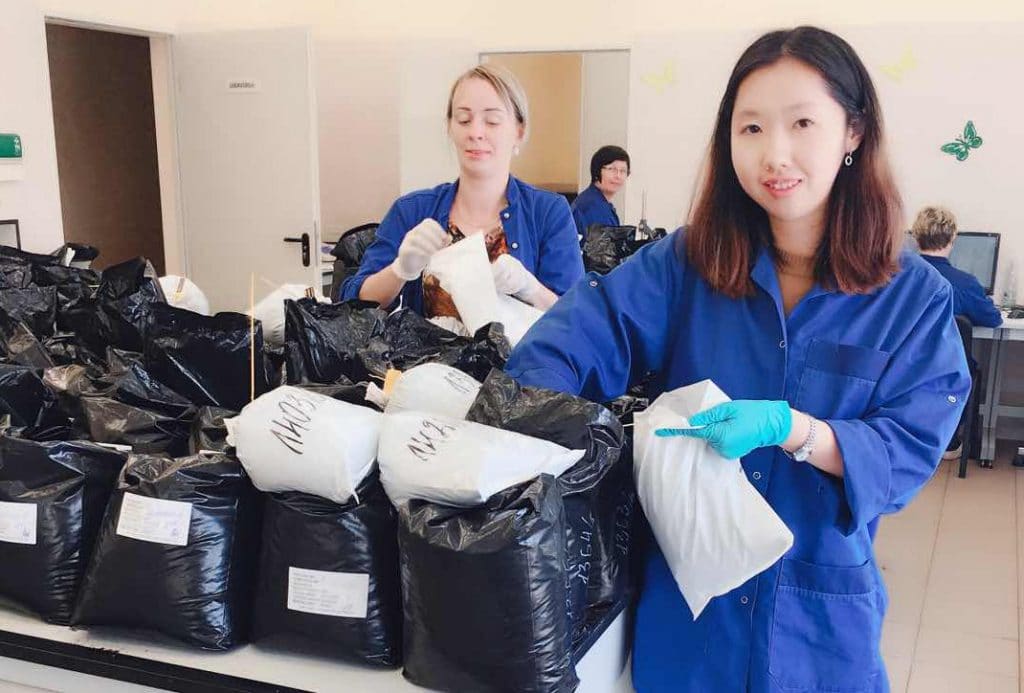