Michael Hwang, who comes from Taiwan, has completed our one-year international trainee programme. Now he is Sales Analyst at our subsidiary Klasmann-Deilmann Asia Pacific. In our interview he talked about his impressions of the programme, his experiences abroad and his first beer.

What is the structure of your trainee programme ‑ which sites are you working at?

My trainee programme at Klasmann-Deilmann Asia Pacific began in Singapore for a period of four months before I came to the company headquarters in Geeste, Germany. After about three months, I moved on to Klasmann-Deilmann Benelux in the Netherlands including a short one-week trip to France. I’m now back in Singapore again.

What are your tasks within the trainee programme?

The main goal of my trainee programme is to learn processes, use ERP programs and find out more about the markets and strategy of the Klasmann-Deilmann Group. My task is to make suggestions for optimising the business processes and the ERP system at Klasmann-Deilmann Asia Pacific.

Would you like to tell us a bit about your background?

I grew up in Hsinchu, an industrial city in Taiwan. I began my Bachelor’s degree in agricultural economics at Taipeh University. But I also attended courses in horticulture when I realised that I was more suited to the biological and practical aspects of agriculture. In the end I obtained a double degree. During the floriculture course, the lecturer told us about the highly advanced greenhouse technology in Denmark and the Netherlands. I was curious to find out more about climate control in greenhouses, and so I applied to do a Master’s degree in agriculture at Copenhagen University.

What experience do you have with living abroad?

My family moved around a lot when I was a child. I was born in California but we left the USA again when I was four years old. My parents said that in those days I could speak English better than Mandarin. But I must have forgotten my English completely ‑ I had to relearn the language again right from the start. Before I started primary school in Taiwan, my family lived in Thailand for two years. My first experience of Europe was on a school exchange while I was at secondary school. This took me to a British boarding school in Kent for two weeks when I was 16 years old.

During the third year of my degree course, I took part in an exchange programme which brought me to the Technical University in Munich. Here I attended courses in pomiculture and plant physiology, and visited research institutes and fruit plantations in Bavaria and Baden-Württemberg. In Taiwan there is practically no “beer culture” among young people, so that it was in Germany that I drank my first beer. It’s a shame actually that I didn’t do a course about the brewery I visited while at the TUM. (laughs)

Which cultural differences have you noticed between Germany and Taiwan?

Motorists drive very fast in Germany. It took me a while to get used to the speed on the roads. But the quality of the roads is really good. I’ve even cycled to work a few times. It’s much nicer to drive the distance from Lingen by car of course, particularly when it rains (laughs). Another thing is that recycling is very advanced in Germany. There are no free plastic carriers in the shops and people take their own reusable shopping bags with them. Germany’s bottle deposit system is also great. I can remember that we had a similar system in Taiwan, but they phased it out again in about 2002. Since then, we waste 200 bottles each every year. We should learn from the German system and improve our recycling rate.

Did anything special happen during your trainee programme?

I accompanied a team of consultants to Southwest China for an information event with customers and partners, where they wanted me to interpret and translate. They all talked in dialect all the time so I wasn’t at all sure whether they could understand me. But then they started to ask questions, which was reassuring. It wasn’t that they couldn’t understand, but they wanted more information.

Would you recommend our international trainee programme to other young people?

It’s definitely the right option for anyone who is interested in the substrate branch. When I started at Klasmann-Deilmann, the colleagues’ passion for their products could be seen in their eyes. An international company like this also offers so many opportunities. In Taiwan, if you’re interested in horticulture, you’ll probably end up growing vegetables somewhere in the country. That’s all. But the international aspect generates a whole range of different possibilities.

Click here to read the interview with trainee Shiyu Gu. 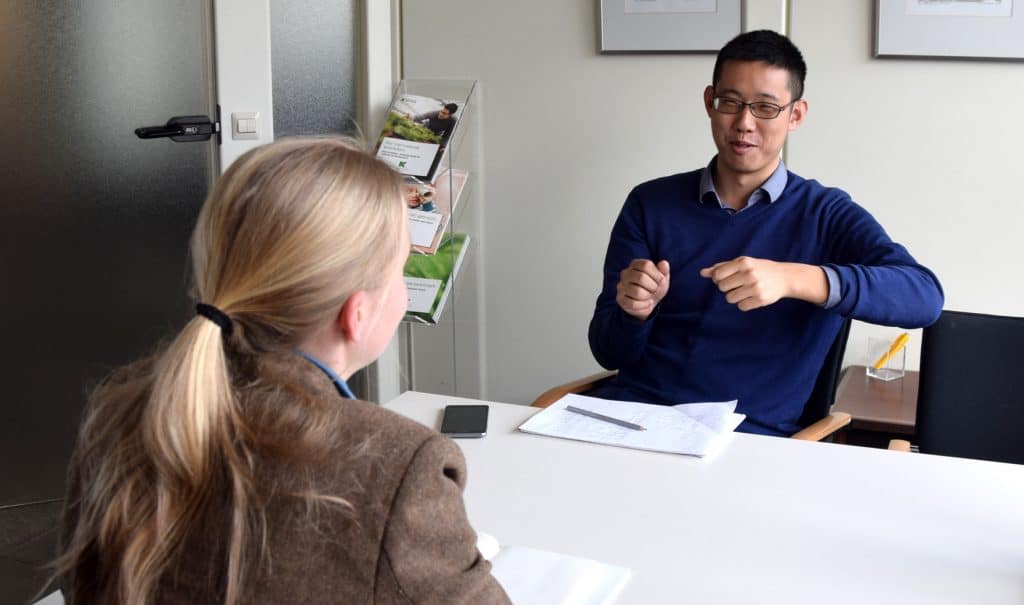