Making the same decisions as managers at the age of 16 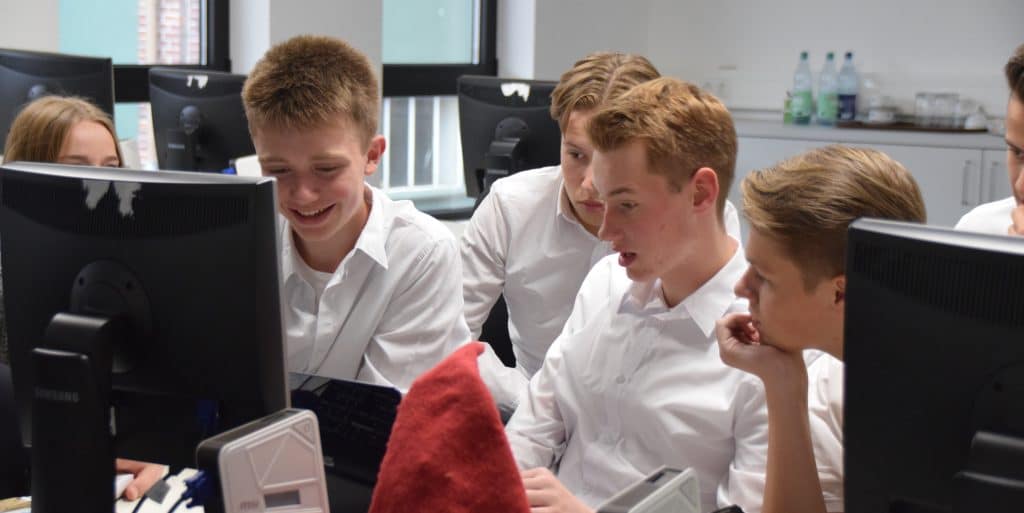 What decisions do managers have to take on a daily basis, and why? For a week, pupils at the Windthorst-Gymnasium secondary school in Meppen got to taste what this responsibility feels like. At our Innovation Center in Geeste, they took part in the Management Information Game (MIG) under the guidance of a Lower Saxony institute that promotes business and commerce education. This provided an opportunity to get to grips with economic issues, including more complex matters.

The pupils took notes eagerly when educational expert Thomas Kühn of Bildungswerk der Niedersächsischen Wirtschaft gGmbH (BNW) announced growth prospects for the next quarter. He mentioned wage developments in the industry, adding that higher fuel prices had meant a 5% increase in transport costs. These parameters would have to be factored in by the Year 11 youngsters as they tackled the challenge they were set on the second day of the Management Information Game (MIG): prepare a bid involving a new product for a fictitious electronics store. This outlet has offered to be the exclusive distributor selling this newly developed product, but this is attached to a number of demands. So the objective was clear – and three competing teams got to work.

The point of the Management Information Game is for pupils to explore the multiple interactions between individual companies and the wider economy. In brief talks, they are given input on macro- and microeconomic issues, before they apply this knowledge in group work and have a go at being corporate decision-makers themselves.

And, on the evening of the fourth day of a really demanding week, the pupils had to prove they were up to this role. In front of an audience of around 70 people, each group presented its product. The audience, consisting of the pupils’ parents and representatives of Klasmann-Deilmann, Meppen’s Rotary Club, the industrial employers’ association (IAV) for Osnabrück, Emsland and Bentheim county, and the pupils’ own school, represented the ‘electronics store’. At the end, they all voted to determine a winner – i.e. the business that was awarded the contract.

Participant Vincent Kreutzmann was interviewed. He said, “I was really nervous about speaking in front of so many people, most of whom I don’t know and all of whom are much older than me. It’s a great opportunity to grow and overcome one’s fears. I answered lots of questions from the audience, and thanks to the group I was well-prepared for this.” The 16-year-old ‘CEO’ of his ‘company’ added: “This gave me enough background knowledge to react spontaneously when I needed to.” And Celina Nedow commented: “Everyone played a different role and we were all equally important. This made the teamwork much more intensive and closer to the real world than it often is at school.”

The change of learning environment was also an important experience for the pupils. “It was interesting to see a company building from the inside. It gives you an idea of what life will be like later on,” said Sophie Steppuhn. Gesa-Marie Anneken added: “At school, work on the project would not have been so full-on. You’re often distracted there, but here we also got to see a real workplace for ourselves.” Kevin Johnson agreed: “It makes a big difference to be in a setting just right for the MIG. And we also had to plan and organise all aspects of the group work ourselves. Everything had to be coordinated, including the presentation. At school that’s usually the teacher’s job.”

This inside look at the business and corporate world may also provide a nudge careers-wise. Hannah Schärich remarked: “I’ve always said I can’t see myself working in an office. But I was in charge of crunching the numbers and suddenly noticed it isn’t at all dreary – now I think it would suit me really well.”

“Of course, the idea isn’t to get all the students doing business degrees later on. But it’s important that they understand how the world of commerce works. Now when they read the newspaper they can relate to these things better,” said Daniel Albers, Business Studies teacher at Windthorst-Gymnasium. “Business Studies is a fairly new school subject here in Lower Saxony. The MIG complements regular classes very well because it’s much easier for the pupils to appreciate complex business and economic issues through their own experience.  They also had to make a presentation, present themselves in front of a big audience, and draw up findings quite independently – which is exactly what we want, namely to help each pupil become more self-sufficient as a person.”

Klasmann-Deilmann has already hosted MIG events several times, most recently in the summer of 2014. “Once our construction project was complete and the new premises in our Innovation Center in Geeste opened up brand-new possibilities, we definitely knew we wanted to support the Management Information Game again,” said Moritz Böcking, Managing Director of Klasmann-Deilmann GmbH. “Our Academy, which forms the heart of our Innovation Center, is a place of learning – and that applies to us, too. So we’re delighted that, working with schools, we can provide a learning environment for school pupils as well. These youngsters are tomorrow’s talent pool. They’re our future.” 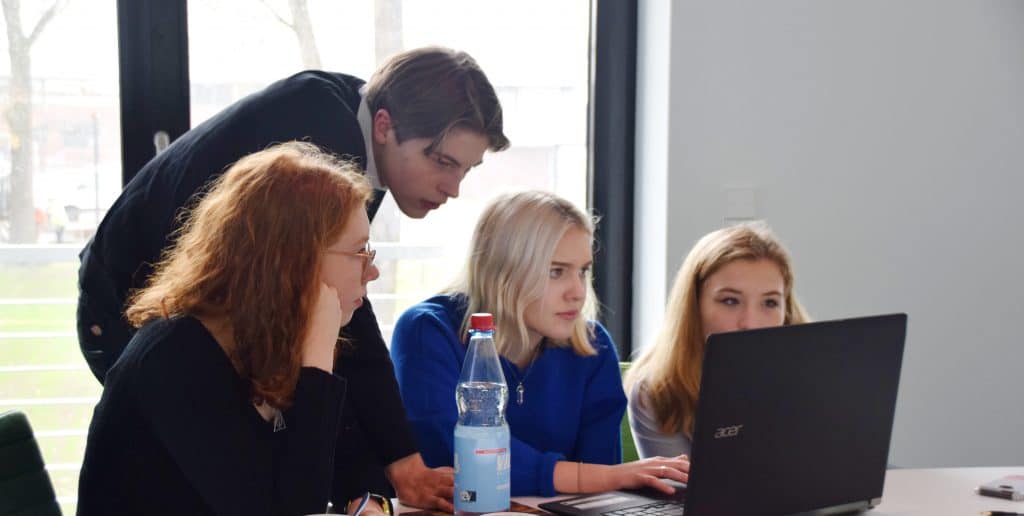